When in British Columbia

British Columbia is a province where travelers are able to see the many different landscapes that Canada has to offer. From far reaching mountain ranges to coastal cities and beaches, British Columbia truly has it all. Below are 10 places that every Backpacker should visit when in this vast Canadian province.

Starting off our top ten are the famous Blackcomb and Whistler mountains. These neighbouring mountains are some of the most visited in British Columbia and Canada in general! In the winter months they are a world-class ski and snowboard destination, while in the summer they provide fantastic hiking and biking trails, as well as a backdrop to scenic golf courses. 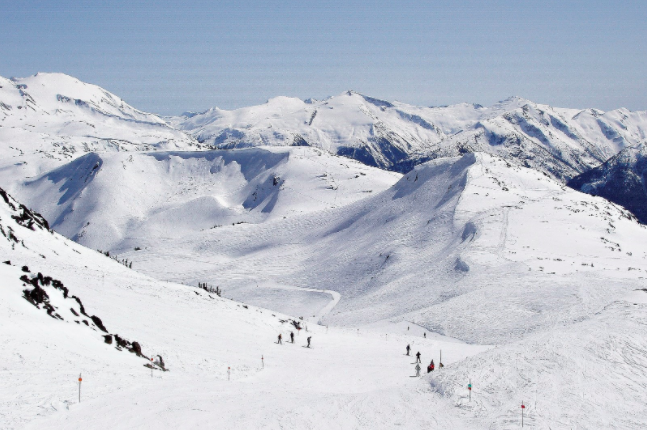 What was once part of the Canadian Pacific Railway, the Coquihalla Canyon is now a destination that attracts tourists from all over the world. The railway was originally constructed in the early 1900s connecting the Kootenay Region with the coast of British Columbia. Part of this railway passes straight through the mountain (commonly referred to as the Othello Tunnels) and over the Coquihalla Gorge, which is a 300 foot deep channel carved out by the river below. As a result, this historical landmark provides some amazing sight-seeing opportunities and should be on every travelers list when near the region. (Show a photo if you can or include a link to a popular hiking trail).

The Butchart Garden is another spectacular destination located in Victoria, British Columbia. In 1912 the owner of the property, Jennie Butchart, transformed what was originally an old limestone quarry into a spectacular sunken garden. Today this garden serves as a tourist attraction, where travelers can easily spend a relaxing afternoon strolling around the vibrant 20 hectare property. (Talk about how visitors can take a ferry to Victoria from the mainland). 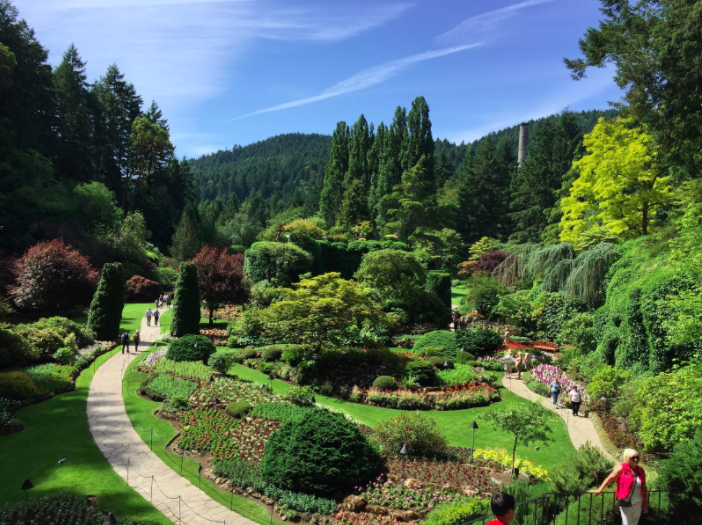 The Sea to Sky Gondola is a 10 minute gondola ride that overlooks Howe Sound at 885 meters above sea level. The true adventure; however, does not begin until you are at the top, where Backpackers can find hiking trails and several viewing platforms and the Summit Lodge, which offers sit down dining. In the winter months, this attraction is no less exciting as it offers front and backcountry skiing, snowshoeing and tubing.

Perhaps you’re looking for a relaxing wine-filled retreat when traveling to British Columbia. If that’s the case be sure to check out the Okanagan Valley and the fantastic vineyards and orchards it’s well known for. With the region’s hot summers the beaches along the Okanagan lake are also popular sites; however, if you are feeling a little more adventurous, tours through the orchards or hikes through the rolling mountains are also great options. 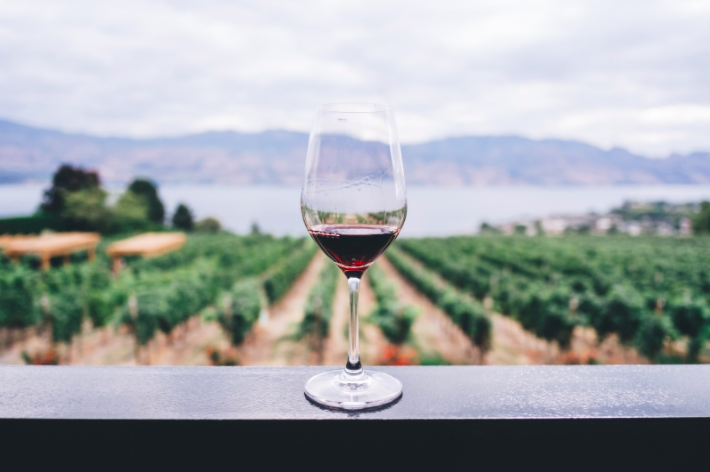 If you're looking to learn more about the history of British Columbia, the Royal BC Museum is the spot for you. This museum showcases prehistoric animals that lived in the region, such as woolly mammoths and other megafauna  artifacts from local first nations, and displays about what BC life was like in the 1920s.

Vancouver Island is home to British Columbia’s capital city, Victoria. Disconnected from the mainland, the capital city provides the rhythm and ease of island life, while having all the attractions and amenities of all major Canadian cities. Once out of the city, backpackers can experience its natural and rugged beauty that Victoria offers as well.

Victoria’s beautiful inner harbor is part of the unique city life in British Columbia. It is primarily an international ferry terminal with connections to Port Angeles, Bellingham and Seattle; however it also hosts float planes and whale watching businesses. In the summer, the harbor is a hotspot for festivals, shows and music. 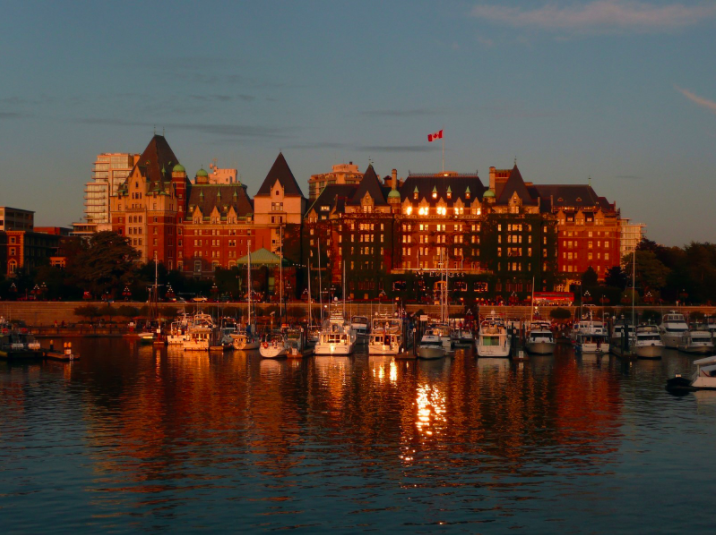 Stanley Park is yet another unique feature in British Columbia’s capital city. It is a 1000 acre urban park, with features like giant cedar, fir and hemlock trees. It also has beaches, totem poles and several restaurants for travelers to enjoy. Visit this unique area and you will quickly see why it is regarded as one of the best urban parks in the world. 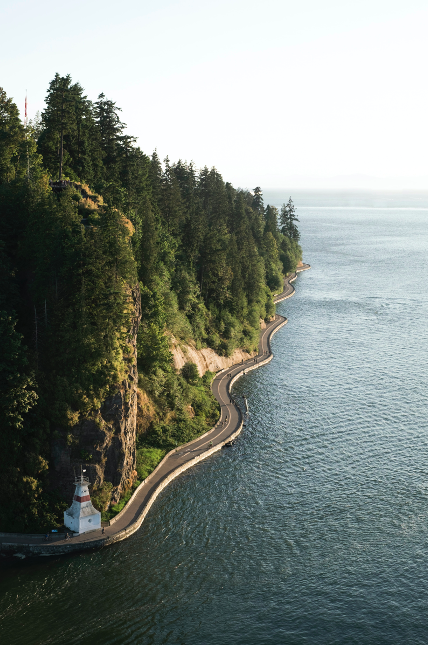 If you're someone who loves the outdoors, then Yoho National Park is a must-see. Very few places on Earth can offer the picturesque landscapes that Yoho National Park can. One such site that is striking to see up close is the Takkakaw Falls, which is one of the highest waterfalls in Canada. 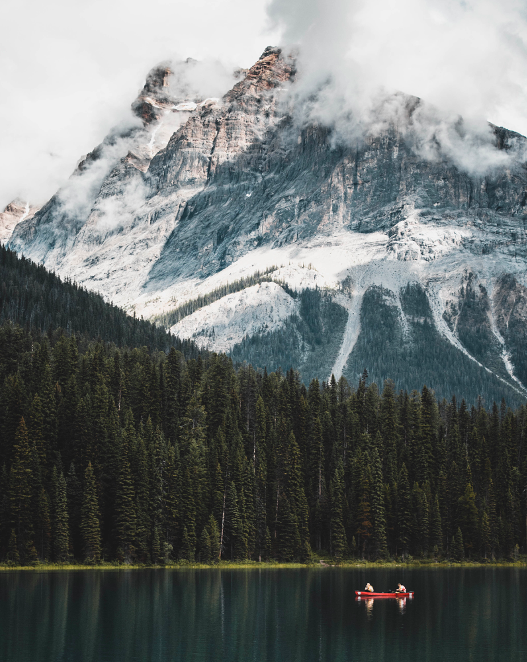